During the session each unit has the opportunity to spend an hour a day learning about a specific topic during our learning session known as limud. This session the limud programs focus specifically on Israel. Chavurah, made up of incoming 8th and 9th graders, had the opportunity today to leave camp to engage in a limud that focused on water conversation. Chavurah,beats by dre wireless  lead by their exceptional unit head, Michaela, drove to Fresh Start Farm in 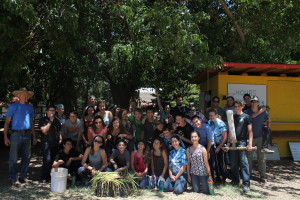 The campers experience exceeded my expectations in that they learned and retained everything that Mr. Moffett explained about the five ways he irrigated his field. Moffet’s farm was special and relevant to our water conservation lesson in that he did not use electricity, his methods employed basic physics and rudimentary pumping and transportation systems. The beats campers especially enjoyed seeing how each of these systems worked to irrigate his field. Finally, he was kind enough to allow us to harvest some ripened onions, which we brought back to camp to use in the kitchen.

The employment of such systems without electricity paralleled the irrigation techniques used in past and present day Israel. During one of our first limud sessions we spoke about the Chalutzim, or the pioneers, and how they had to cultivate the desert that they settled. The methods used today by Moffett closely resembled those of the Chalutzim, which gave the campers a hands-on look as to the way the Chalutzim irrigated their fields. Overall, I think that the campers understood the theme of the limud today and made the connections between http://www.capoeirauk.co.uk/beats-by-dre-studio-c-1.html  limud sessions to greater benefit their understanding of Israeli innovation.