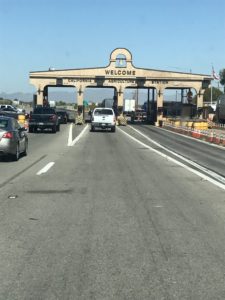 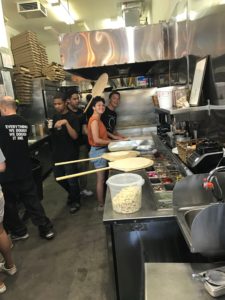 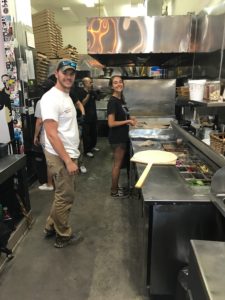 This is Rand Burke, the Ozrim Unit Head. We have been back from Los Angeles for about a week now. Our trip was full of exciting adventures, bonding, and once in a lifetime experiences. 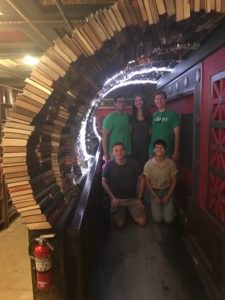 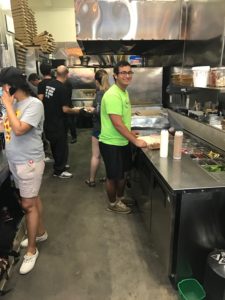 The Ozrim had a great start to their trip, leaving camp Monday at around 0630 and arriving in LA at 1345 at the Tzedek House near USC. Avram, our guide met us at the house (a cozy air bnb that Tzedek America uses for groups) and we all got into the van to drive to the Griffith observatory. There, we hiked about a mile up to see the LA skyline and Hollywood sign. The Ozrim enjoyed the hike and loved taking photos of the view. After the hike, we drove to Dough Girl, a pizza joint owned and operated by culinary wizard Mar Diego, who spent 5 years in prison for narcotics trafficking and money laundering. Her story is amazing, she told us about her troubled childhood and her prison time, and emphasized that she was one of the only inmates who has a subscription to Forbes and business insider, she didn’t roll with gangs and has no tattoos. After prison, she went to culinary school and traveled the world to learn fine dining in places like Paris and the UK. When she returned to the states she opened up dough girl and began to hire and rehabilitate at-risk teens. Today, she employs and helps those who grew up in her childhood neighborhood and focuses on inclusion, welcoming, and focusing on building a purpose for those who have lost their way. When asked about why she decided on Pizza, she said, “because Pizza is a meal you can share, if you have 3 friends and only one of them has money, all of you are gonna eat!” After dough girl, the hike and a long day of driving we returned to the Tzedek house and journaled about our day. We can’t wait for day 2!

Last Tuesday was crazy, we were up and enjoying our breakfast and coffee early before taking a walking tour of downtown LA, learning how neighborhoods change and also learning about the history of the buildings and how they related and still relate to the movie industry. Afterwards, we walked to Skid Row and toured the women’s shelter, and a non profit called School on Wheels that teaches K-12 students who live on skid row. Ms. Allison (AKA The Teachin’ Lady) provides all students with a backpack full of school supplies and a safe haven from the riff raff of the row. The community rallies and supports 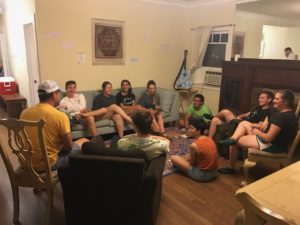 the children and it was very heartwarming.

Afterwards we went to the Broad Museum to see some modern art pieces and the Ozrim really enjoyed taking photos. In the evening we went to the Alexandria House for women and their children in transitional periods of their life (in and out of prison and poverty) and we cooked and ate dinner with them. The Ozrim truly bonded with the children and seeing them play and interact with them was incredible. At night we went to the Upright Citizens Brigade comedy show for some laughs after a very emotional day. In the debrief of the day, everyone had their mind changed about the less fortunate and gained a new outlook on interpersonal connections.

And Wednesday was another busy and influential day. We woke up early to have breakfast at Homegirl Café, a branch of Homeboy Industries which is a social enterprise that rehabilitates former gang members. We toured their facilities after breakfast with Raymond, a former gang banger turned “homie.” 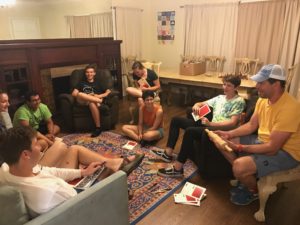 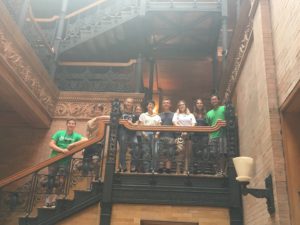 They don’t use the term former gang member, rather homie. At Homeboy, they offer healthcare, tattoo removal, classes to earn a GED, job fairs, and mock interviews to bring their homies into the workforce. After hearing Raymond’s story and touring Homeboy Industries, we drove to Beit T’Shuvah, a rehab center for Jewis 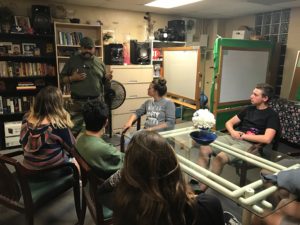 h individuals suffering from addiction and heard a story from a man named Josh. He told us about his ups and downs through his addiction journey and how he found spirituality and purpose through Beit T’Shuvah. We went to Rosie’s Pops, another social enterprise helping adults with autism make and sell popsicles and then drove to Santa Monica Pier for free time. We are a delicious ramen dinner at Ebaes before going to see Pastor Tony for homeless karaoke on Skid Row.